One of my personal pet projects is supporting the coordination of the Digital SummerSchool with its offerings of child summer camp courses combining the development of IT technologies with sports and fun.

This is going on in the Rhine-Neckar region in its 8th year this year. And again we have a fantastic programme - and for the first time also a great, stand-alone website.

Check out the Digital SummerSchool on the web.
Posted by Jochen Friedrich at 11:30 1 comment:

I contributed to the DIN SPEC RAMI 4.0 - Reference Architecture Model Industrie 4.0. And isn't it funny that even for the French national football team RAMI 4 plays a leading role.... 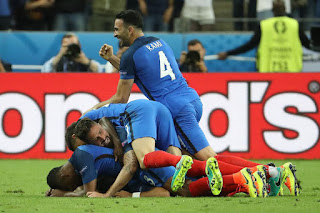 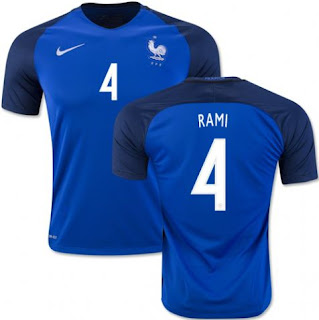 Workshop on the results from Cloud Standards Coordination Phase 2

Last week I had the pleasure to speak at the workshop organised by ETSI and the European Commission on the results from the work on Cloud Standards Coordination (CSC) Phase 2.

It was a very good workshop with some good ideas shared. You can find all workshop presentations on the workshop website.

I am also happy to share my presentation here

First of all Happy New Year everyone and to you and yours a healthy, peaceful and prosperous 2016.

Just with the beginning of the new year The European Commission published the new EU Rolling Plan for ICT standardisation. It is available from the Commission website.

This is the third version of the Rolling Plan which gets updated on an annual basis. It is developed in a collaborative process with initial input being provided by the Commission and comprehensive advice coming from all stakeholders in standardisation via the EU Multi-Stakeholder Platform. A process that has become well established by now.

The new version 2016 of the Rolling Plan contains a number of new actions for standardisation where ICT standards are seen to be of high relevance for supporting the implementation of EU policy objectives. It is now up to standards bodies and all stakeholders in general to take up action in response to the Rolling plan and lead technology development providing support to policy makers.
Posted by Jochen at 11:33 17 comments:

I know this is advertising my own cause... but it is good and of high relevance. In a blog post on EURACTIV published today, IBM Chairman and Senior Vice President Europe, Erich Clementi, gives a very interesting and motivating and inspiring perspective on Industry 4.0. Definitely worth reading.
Posted by Jochen at 13:31 16 comments:

This is an interesting instance about the right of citizens to request seeing public documents. A student from Northrhine-Westfalia refers to the respective law on freedom of information (Informationsfreiheitsgesetz) by requesting access to the questions that will be asked in his final school exam (Abitur). He now gets a lot of publicitly for this - even his school master congratulates him to this clever move.

Klaus Tschira, founder of IBM and great patron in the Rhine-Neckar region, died suddenly and unexpectedly at the age of 74. After his retirement from SAP he became a major patron in the region investing into future technologies. See for instance the local Rhein Neckar Zeitung for a very nice appreciation.
Posted by Jochen at 20:55 No comments:

The statements in this blog are my own opinion and don't necessarily represent my employer''s positions, strategies or opinions.

This work is licensed under a Creative Commons Attribution-Noncommercial-No Derivative Works 3.0 Germany License.